Once again Catholic Education has nominated the first day of next term, Monday 12 July, as a pupil free day for staff professional learning. All children return on Tuesday 13 July.  Children in Kinder to Year 2 will continue to participate in Gym sessions so should wear their sports uniform on the first day back.

I have had a lovely few days meeting many of our new families as I interview the preschoolers enrolling for 2022. With the term rapidly coming to a close I will be interviewing all siblings early in Term 3, you definitely have not been forgotten.

Please remember if your child is not well do not send them to school. We need to remember to keep COVID safe and where a child is required to have a COVID test they should not return to school until a negative result is received and the school is advised.

While annoying, parents will need to sign in if visiting teachers or assisting in the classrooms via our CBR Check-in app and then via our sign-in kiosk. The Check-in app is how ACT Health is monitoring the movement of people around Canberra, should contact tracing be required. Thanks for your understanding. We are so lucky to live in Canberra.

On Thursday 24 June the Year 6 will be displaying their learning through dance and drama. Please keep the evening free for this special presentation.

Please make sure all absences are accounted for with a note via Compass, an email to the office or a written note. The class roll is an official electronic document and must reflect why a child is not at school. Parents can check via the Compass Parent Portal. Reminder notes will come home in the next few days. 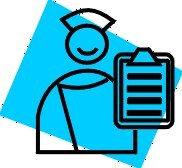 All medical plans must be updated each year and provided to the school. We are currently reviewing our records and have discovered many asthma and anaphylaxis plans are out of date. This puts the school in a compromised situation in an emergency as we strive to provide the best care possible when a child is not well. As children with a medical plan are required to have a formal personalised plan, letters will be sent to families, in the next week, indicating if you need to provide an updated plan. Thank you in advance for your assistance.

The teachers have been working hard over the last few weeks moderating your child's work in preparation for school reports. As indicated in previous newsletters CE has elected not to include comments in the new report for Semester One. Reports will be sent to families in Week 10 with the opportunity for a parent interview to occur in the first two weeks of Term 3.

Sincere thanks to Katherine O'Sullivan for her efforts to recycle lots of the books left over from our White Elephant sale. All the boxes have now been removed from the hall.

Continue to stay COVID safe and may God's blessing be with everyone. 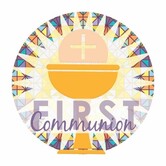 Our Parish First Eucharist Celebrations began at St Michael’s last night and continue with masses at St Monica’s Church tonight and tomorrow night. Please continue to pray for our Candidates and their families.

It is that time again at St Monica’s where we come together to support those in our community in need! Winter is definitely here. Although winter has just started it is only going to get colder.

Did you know that over 3 million Australians experience poverty? This is a very stressful time for them. And 740,000 of those homeless people are children. To help out we have volunteered to collect and donate warm clothes to Vinnies so they can hand them out to the people experiencing homelessness.

We are collecting brand new winter warmers for families in our Canberra community. This year we are particularly looking for:

Your donations will contribute to making these people's lives a little better for winter. Thank you for your support. -  Year 6 Social Justice

Congratulations to all the students who are celebrating the Sacrament of First Eucharist this week. Please keep these students in your prayers.

The Sacrament of Confirmation - will be celebrated during Term 3 on 7, 8 and 9 September.
Parent information session is scheduled for 22 July.
Registrations for the Sacrament will open on 22 June and close on 9 August.

The Sacrament of Reconciliation - will be celebrated during Term 4.

For further information please contact the Sacramental Program coordinator at sc.belconnennorth@cg.org.au or the parish website at www.cg.org.au/belconnennorth

This week we are surveying our Kinder to Year Two families to make a decision about the future of our K-2 Swim Safety Program. As of today, we have had 54 responses with 74% in favour and 26% against. In order for the program to continue, we will need 80% of students to participate.

If you have not completed your expression of interest please send it to school tomorrow or email your preference to luke.donnelly@cg.catholic.edu.au. We would like this decision to be made by our community and there is no expectation from the school about the future of the program.

Reading is a critical building block upon which successful lives are built. The Science of Reading looks at how the brain read and therefore the most effective methods of reading instruction.

For those that would like to know more about the Science of Reading and listen to insights from researchers in early reading follow the link below to some interesting podcasts.

A big thank you to all the students that entered our St Monia’s school writing competition. Judging has begun and the winners will be announced in next week’s newsletter.

Poaching is a topic that matters to Year 6 students Mackenna M. She wrote a very passionate piece on this topic for the What Matters Competition titled

"To See You Again One Last Time”

Snow crunched as white fur flashed past a clump of dark bushes. Yellow light filtered through tall pine trees, and bushes clumped together in dips and in between rocks.

Emerald green eyes peered into a crack in a rock, and a white paw flew out to catch a light brown tail.

A squeal split through the air, but was quickly cut off by a swipe.

The large, white body of a wolf plucked the small and limp body of a mouse from the snow, and lifted its strong white paws, ploughing through the snow.

Speeding up, it jumped over rocks and logs, moving swiftly through the thinner snow like a hawk.

Slowly, the golden light bled and a crimson red filtered through the pines, turning the white snow a beautiful pink and smudged blue.

Above in the crimson sky, clouds piled on the horizon, like a puff of blue and pink mountains.

Ahead, the wolf slowed and trotted to a stop lightly, smelling the air and raising its soft ears, pricking them further in a look of excitement.

They bolted forward and skirted trees, emerging in a clearing and skidding to a stop, spraying up snow and covering their face.

Shaking off the snow, they trotted forward and peered behind a rock where a hole sat.

A high pitched whine came from inside, and a small, fluffy body waddled out unsteadily.

Large, deep brown eyes looked up at emerald green eyes, and after a moment of silence, the small pup jumped up and started running around the wolf's legs happily.

Another small body came bolting out, and slowly, another large, light grey wolf came out slowly, and brushed up against its mate.

Dropping the limp mouse, the white male nudged his head towards the beautiful, silver wolf.

Beside them, the pups teared at the small mouse, scuffing the ground with their paws and jumping on each other in an attempt to get more food.

The father looked at them, and deep in his eyes lay a quiet thought, the thought of an animal that knows fear..

Looking out into the forest, he nudged his pups and brushed his head against his mate, and slowly left the clearing.one last time

The quiet night was calming, and the clouds dispersed across the sky.

next to a lake sat the white wolf, his fur turned silver in the moonlight and his eyes like an untouched galaxy.

The moon was full, and stars spread like a cool blanket, above his world, out of reach, yet somehow so close.

His tail swished the pine needles on the ground, and he rose silently, padding quietly down the steep slope to the lake covered by glistening white.

Leaning down, he pawed at the ice where it had spread thinner, and it melted in the heat of his paw.

Leaning down, he lapped at the freezing water.

A silver object shifted behind a bush in the corner of his eye.

Staggering upwards, he bolted towards a bush, however, the bank was steep.

A deafening crack, and a splash.

The thrashing body sank, and slowly the splashing stopped.

The water rippled one last time.

One last breath, and a vision blurred by red is the last sight.

Living in harmony with this earth means living with the others on it. We only have to try, because when a life is lost, it is gone forever.

To see you again...just one last time.

You Can Do It - Emma Russell

Social and Emotional Learning at St Monica’s in Year 4

The Year 4 students have been learning how working together with their classmates can help to make them more successful. The students have been developing an understanding that being socially responsible and helpful towards others can benefit everyone in the class!

Can you describe helpful ways to work and play together?

Ivana – I can share ideas and listen to other people when we are working together.

Jake – I let others go first and give them a chance to speak.

Jacob – I need to cooperate, not be annoying and get on with what I need to do. 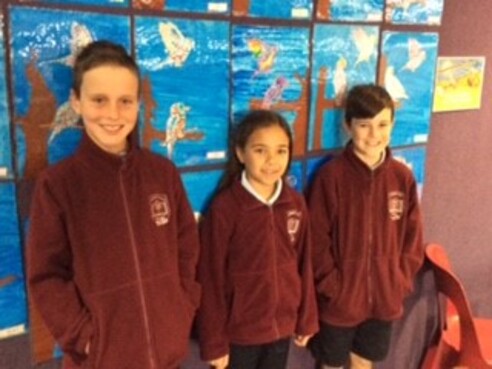 There are a number of our students who speak about TikTok and the videos they have seen and uploaded. Whilst the app can be 'fun' it is important for parents to support children with having the right settings so that they are protected. The two documents are parent tips and the top safety tips. 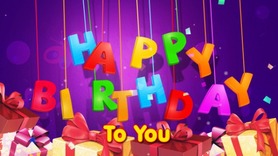 A big thank you to my tremendous volunteers from last week - Sarah Clarke, Angalea Turnbull, Katherine O'Sullivan, Chris Regan, Samantha Cox and Evelyn David-Hoole.  As always lots of work, fun and laughs.  The children of our new volunteers (and their friends) were really excited to see their Mum's through the canteen window.

Volunteer opportunities for "Canteen Volunteers - Term 2 2021" are still open.  I notice that I am a bit short on for this Friday.  it is likely to be a busy day with people wanting a hot lunch in this chilly weather. If you have an hour or so to spare I would love your help.

Please click on the following weblink (or copy it into your web browser if clicking doesn't work) to go to the signup sheet:

If you have not already seen the video advertising our move to metal cutlery jump on to the St Monica's Facebook page to have a look.  Our  Year 6 leaders made a fabulous video advertising our move to metal cutlery.  As of 1 July 2021 single-use plastic cutlery will not be allowed in the ACT.  We have made the decision to try metal cutlery. Hopefully, the children will embrace this and return the cutlery after use for a thorough clean.  This will mean that I can avoid a price rise on products requiring cutlery as the wooden/bamboo spoons are more expensive, yet still only single use.  Thanks for your ongoing support.

If you have any ideas or concerns please email them through to our Secretary Noel Chan at council.stmonicas@cg.catholic.edu.au